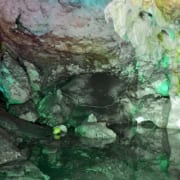 Ideally located on the North Coast of the beautiful island of Jamaica, between the resort centers of Ocho Rios and Montego Bay, Green Grotto Caves plays a major role in the island’s fascinating history. 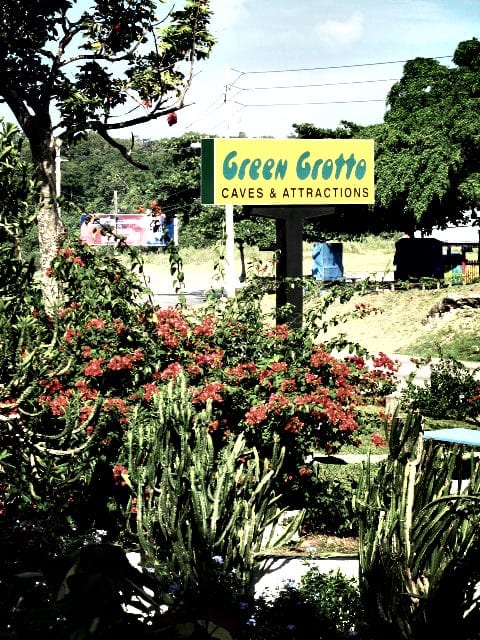 They welcome hundreds of thousands of local visitors and tourists seeking adventurous activities year after year. The caves are believed to have once served as a dwelling place for the Arawak Indians (Tainos), Jamaica’s first inhabitant. They also served as shelter for ‘runaway slaves’ in the early 18th century.

Renowned for being one of the most sought after natural attractions in the world, Green Grotto Caves are a must visit for everyone.

The natural attraction’s major highlight is the large limestone cave. Stretching about 1525m long and a depth of 12m, Grotto Caves features lots of magnificent sights such as the Grotto Lake, light holes and an underground lake, and plenty of chambers.

A tour to this impressive attraction will take you into the unique culture and rich historical past of the island. It is a place to find lovely stalactites and stalagmites, a maze of sturdy and other exotic dripstone formations. While in the company of a guide, your tour of the Green Grotto Caves will be the most memorable ever. The interconnected passageways and chambers which takes you to the innermost caverns of the caves will lead you to the grotto. The grotto is home to the most sparkling waters that’s hard to come by anywhere in the world. Come and experience serenity  at its best while at the caves 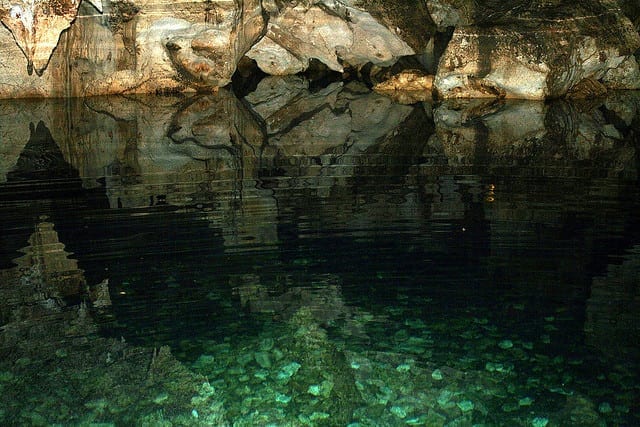 Do not forget to stop at the “Wishing Well” where visitors throw a coin and wish for better things in the coming days. For a chance to grab a slice of Jamaica’s history and explore a green mystical underground cavern full of adventure, a visit to the Green Grotto Caves is a must for you. It is advisable to bring a camera and extra batteries to preserve some memories of your tour.
Contact us for luxury seaside vacation rentals on beautiful Island, Jamaica. 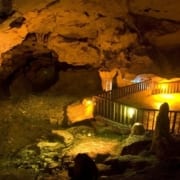 5 Most beautiful caves in Jamaica
0 replies

Want to join the discussion?
Feel free to contribute!

BOB MARLEY MUSEUM
Scroll to top
Open chat
Chat with us
Powered by
Thank you for visiting our website! To serve you better, please let us know how we can help you on this chat.